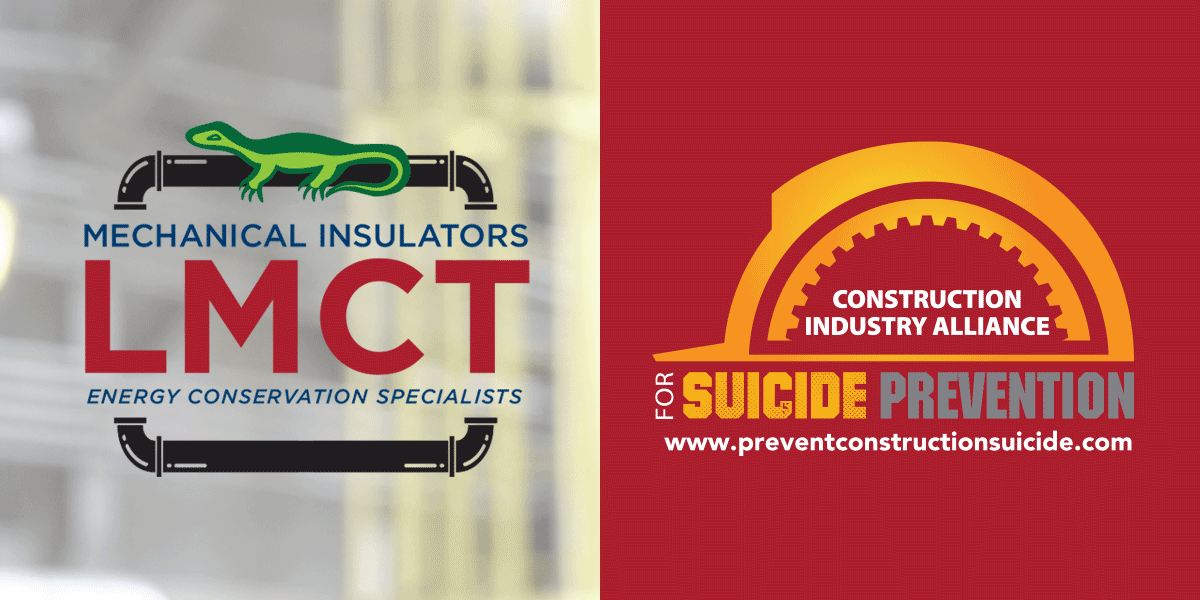 These undeniable numbers are heartbreaking because with proper help, most suicides can be prevented.

To address this issue, the LMCT partnered with CSDZ, a Holmes Murphy Company.

Cal Beyer, Vice President of Workforce Risk and Worker Wellbeing for CSDZ, facilitated the discussion. Beyer, who has over 30 years of experience as a safety/health and risk management professional, has dedicated himself to the construction industry. In 2014, he launched a mental health and suicide prevention initiative in the construction industry and has been a part of the National Action Alliance for Suicide Prevention since its founding.

Multiple topics were discussed during the webinar, including how to break the stigma of mental health and suicide, identifying the industry and demographic risk factors that lead to suicide and illustrating why mental health, substance misuse and suicide prevention are workplace issues.

Pete Ielmini, Executive Director of the Heat and Frost Insulators LMCT, stressed the importance of the discussion and explained how the LMCT, Insulators Union and signatory contractors all share the same goals of keeping construction workers safe.

He stressed how mental health is included in this goal and wants Insulators to be safe in all aspects of their lives.

During his presentation, Beyer explained how he was personally impacted by suicide, when one of his friends took his life.

“Everyone plays a role in mental health and suicide prevention,” added Beyer.

Over the past decade, the construction industry has begun to address mental health issues, however suicide has not received much attention until the past few years.

He discussed some of the contributing factors to suicide and pointed out how drugs and alcohol play a major role. Furthermore, the COVID-19 pandemic may have worsened suicide factors by increasing isolation, stress, anxiety and depression.

In 2019, there were 47,511 deaths caused by suicide, which equates to roughly 133 suicides each day or one every 11 minutes. It is the 10th leading cause of death for all age groups.

Allison Hill, a Client Executive for CDSZ, then discussed how union leaders, contractors and employees can help prevent a suicide.

She also provided the following phone numbers or text codes, which can provide a resource to someone who is struggling with thoughts of suicide.

At the end of the presentation, Beyer offered a list of additional resources, which can be downloaded by clicking here.

This year has been a challenge, so it should come as no surprise that the final 2020 legislation...

During a House Ways and Means Committee hearing, Rep. Linda Sanchez spoke about the importance of...