Millions of Americans live and work in buildings where a fire could result in a terrible tragedy.

According to the National Fire Protection Association (NFPA) Fire Protection Handbook, nearly six in 10 people killed in fires are located in a room where the fire did not originate.

This disturbing statistic from the NFPA reveals the need to limit the spread of fire and smoke, as it speaks to the importance of firewall safety, specifically firestop.

What is firestop or compartmentalization?

When a fire breaks out in a compartmentalized structure, firestopping helps keep the smoke and fire from spreading outside of a certain area.

If you can stop a fire from spreading, property damage will be significantly reduced, and more importantly, lives will be saved.

Properly installed firestopping within a firewall allows those within a building precious time to escape and give firefighters time to rescue people before a structure becomes engulfed in smoke and fire.

A firewall is a fire‐resistant structure that limits the spread of a fire and extends continuously from the foundation to or through the roof with sufficient structural stability under fire conditions to prevent the wall from collapsing. It is part of a fire compartmentalization system.

Similar to the concept of a chain, a firewall is only as strong as its weakest link. If a firewall is compromised by a hole drilled during the installation of fire optic cable, electrical wires, water lines or for any other reason, a fire can easily breach the wall and spread – often with devastating results.

Far too often, this problem of a compromised firewall only becomes obvious in the sobering aftermath of a tragedy – during the inspection of a fire when the weakness of a firewall is detailed in the wake of a report.

“Many times in the last two years we have been discussing the importance of firestop and smokeseal technologies,” said Ielmini during his interview.

“Even though we say it can save lives, it doesn’t get the attention it deserves until it’s too late,” he added.

Sadly, this was the case on Jan. 9 in the Bronx, where according to the Associated Press, a malfunctioning space heater sparked a fire that filled a high-rise Bronx apartment building with thick smoke, killing 17 people including eight children. It was New York City’s deadliest blaze in three decades.

The AP reported trapped residents broke windows for air and stuffed wet towels under their doors as smoke rose from a lower-floor apartment where the fire started. Survivors told of fleeing in panic down darkened hallways and stairs, barely able to breathe.

Multiple limp children received oxygen after they were carried out and the faces of evacuees were covered in soot.

Fire Commissioner Daniel Nigro said firefighters found victims on every floor, many in cardiac and respiratory arrest. Some people could not escape because of the volume of smoke, he added.

Multiple media reports stated the initial cause of the fire was found to be an auxiliary space heater on the third floor. The tragedy was further fueled by the failure of the automatic fire doors, which did not function properly.

An automated fire door is part of the compartmentation technologies that also include firestop and smokeseal systems. The concept is to contain and isolate smoke and flame, preventing migration throughout a building. Sadly, in this case, smoke filled up the 19-story building resulting in the loss of 17 lives and instantly making other residents of the building homeless.

The hard truth is the loss of lives could have been prevented.

“In addition to completing firestopping and smoke sealing at the time of construction or renovation, it is important that these systems are verified each year to ensure they will work, if called upon,” said Tom Dake II, BSCSE, MPA, DRI, NFPA Certified Fire Inspector II and the Vice President of Fire and Life Safety Services for Superior Industrial Insulation Company. “Compartmentation barriers need to be checked to make sure all penetrations are properly sealed, no new openings exist and door closers are checked, just to name a few.

“An annual inspection may have caught these challenges before they failed,” he added.

The Importance Of Firestop and Smokeseal Systems

Firestopping and smokeseal systems have proven, time and again, that they save lives and limit property damage. As a result, this proven, lifesaving technology is part of the building code in New York City and in many cities throughout North America.

These systems will only save lives though, if a competent and qualified contractor installs them. An improperly installed system will likely fail during a fire, endangering the lives of everyone within the building, including the firefighters and other first responders who enter the structure to rescue people.

Furthermore, it is just as important for the systems to be properly inspected in a timely manner to ensure these engineered systems will work in the event of a fire. A properly performed inspection will ensure all holes are properly sealed and confirm they will work as designed in the event of an emergency.

The awareness and education of the firestop industry must be realized by more than just the construction community.

It is very likely that within the next year, the owner of the New York City building where the deadly blaze occurred, and its insurance company, are going to learn a about compartmentation/firestopping and smokeseal. However, for the families who believed they were safe inside their apartment building, this important information came too late.

Often times it takes a major tragedy to get the attention of those who can make changes. In this tragic instance, 17 men, women and children needlessly lost their lives. Their deaths should not be in vain, as building inspectors, fire inspectors, architects and building owners need to ensure a similar tragedy does not occur. It begins with properly installed firestopping and smokeseal systems, installed by a certified contractor, and then proper inspections by a certified inspector.

“History has shown us similar events have happened with an unfortunate loss of life,” said Dake. “We can help to honor these victims by making sure our buildings are safe so this does not happen again through improved technologies and methods. Most importantly the systems need to be checked to make sure the things we think are in place actually are in place and will function, if needed.”

When a fire breaks out in a building, it creates a terrifying situation. All of the souls inside the structure deserve time to safely escape, while the smoke and flames are contained to a certain area.

The Insulators LMCT extends our deepest condolences to the families of those who lost a loved one in the Jan. 9 New York City fire. 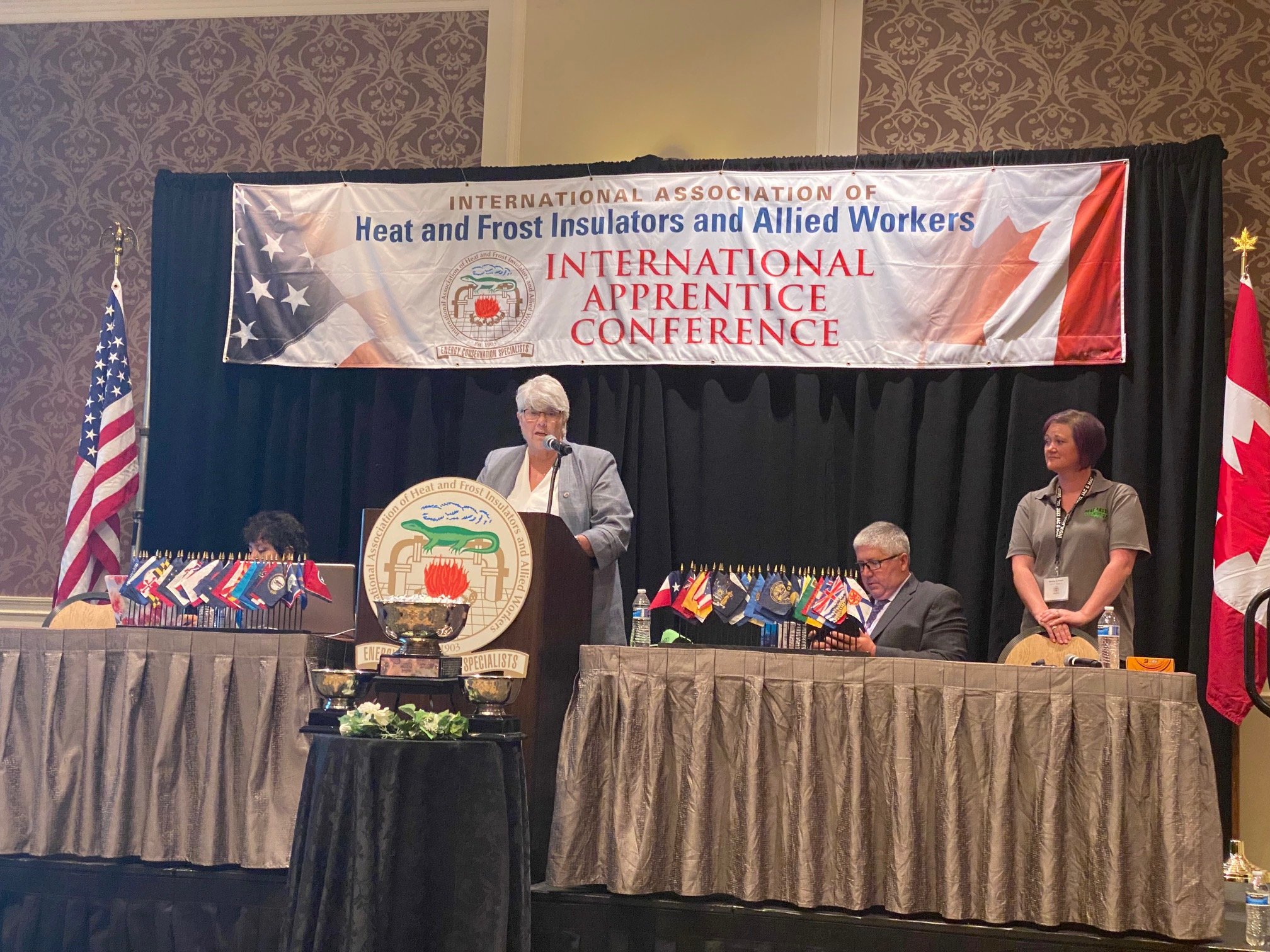 New York City’s deadliest blaze in three decades broke out on Jan. 9 in a 17-story high-rise in the...